Most vintage and antique glass isn't stamped or marked, making it difficult to identify. Up until the mid 19th century, glass was hand blown, and used a pontil iron, which was attached at the base of the glass as it was worked with. When completed, this was broken off and left a rough mark. Glassware up until the late 1700s will have this rough pontil mark, and from the late 1700s to mid 1800s, the mark was polished and left a smoother depression in the glass. After this point, there were gadgets that held the glass in a different way, but pontil irons were still popular in glassmaking.

Glassware made using moulds, is often called moulded glass, or pressed glass. These won't have pontil marks as the molten glass would have been poured into the mould, and will mean they were made at a later date. Sometimes the moulds left a seam or impression where they joined together. Vintage glassware can be slightly more easily identified through patterns and designs, as these were made throughout certain periods of time.

Vintage coloured glass is very collectable and can be added to any interior style, and as it comes in so many wonderful shapes, sizes, and colours, you're spoiled for choice! We have a look at a few of the well known glass makers around the world in this blog post. 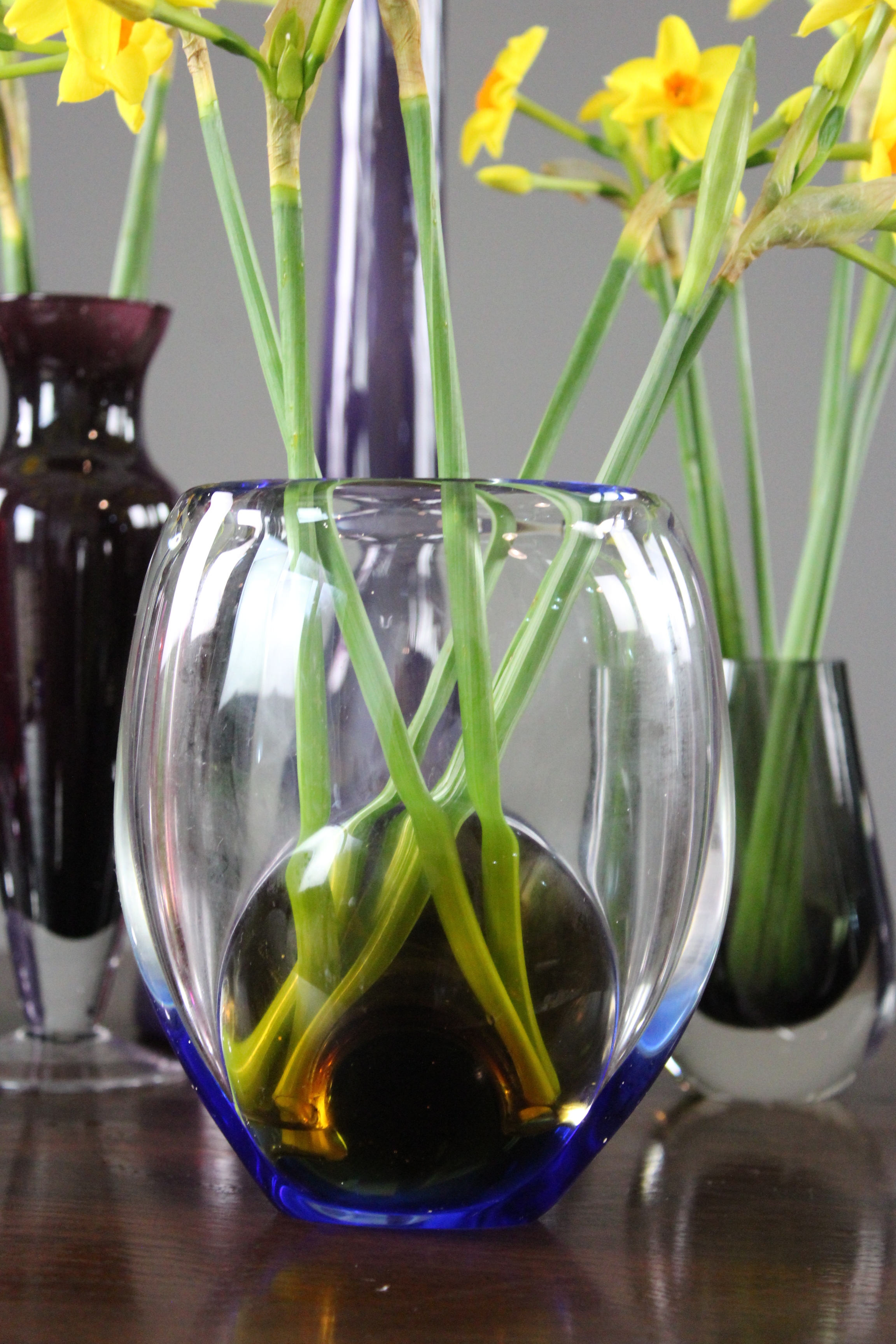 Murano Glass has led the art glass industry for years. Murano is an Italian island that is home to some of the finest glass makers in the world.  Glass makers were sent to the island in 1291 for fears of their foundries causing fire to the mainly wooden buildings.

The 1950s and 1960s were particularly prominent for Murano as this was the peak of their export across the world, they created huge numbers of glassware for tourists. Everything from glass chandeliers to paperweights, art glass figurines to glass beads and jewellery. Genuine Murano glass are likely to differ from piece to piece owing to the way they are produced, making each piece unique.

Enter our Facebook competition to win the pictured blue and amber glass vase!

Bagley Glass are well known for their large catalogue of lovely Art Deco glassware. Their pretty pastel coloured glass vases were particularly popular, and created by being pressed in moulds, with the handkerchief edges being shaped by hand. Their patterns were often made in clear and frosted glass.

Bagley began life as a simple bottle making factory in 1871. They branched out into crystal and pressed glass design and production in 1912 and continued throughout the war, until their closure in 1975.

Some of Bagley's most popular designs included Grantham, Salisbury, Wyndham, Equinox and Sunburst. 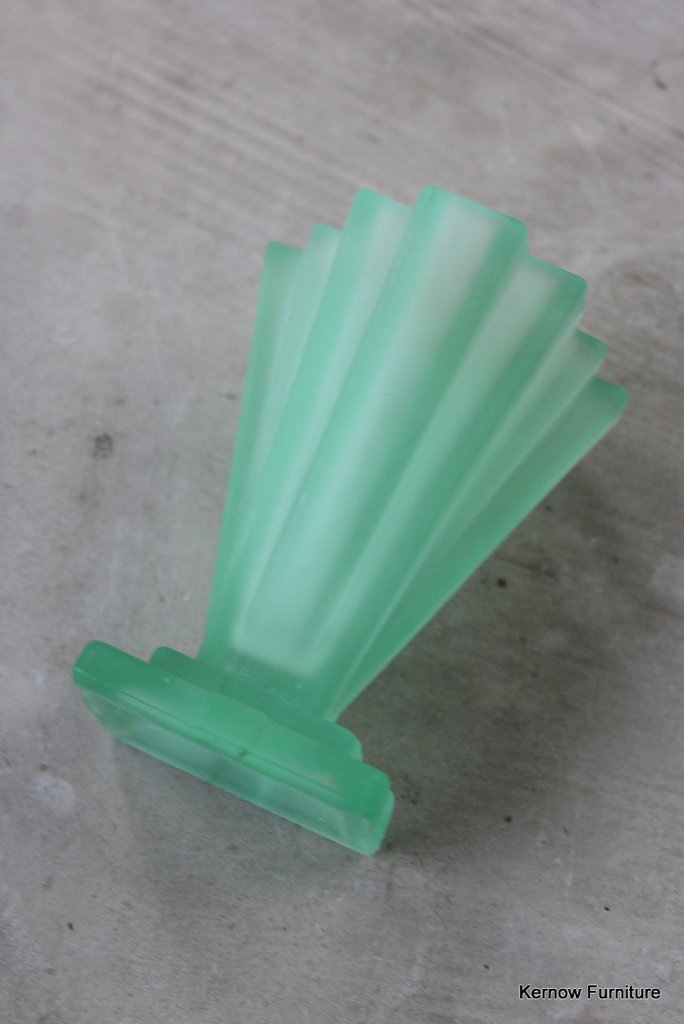 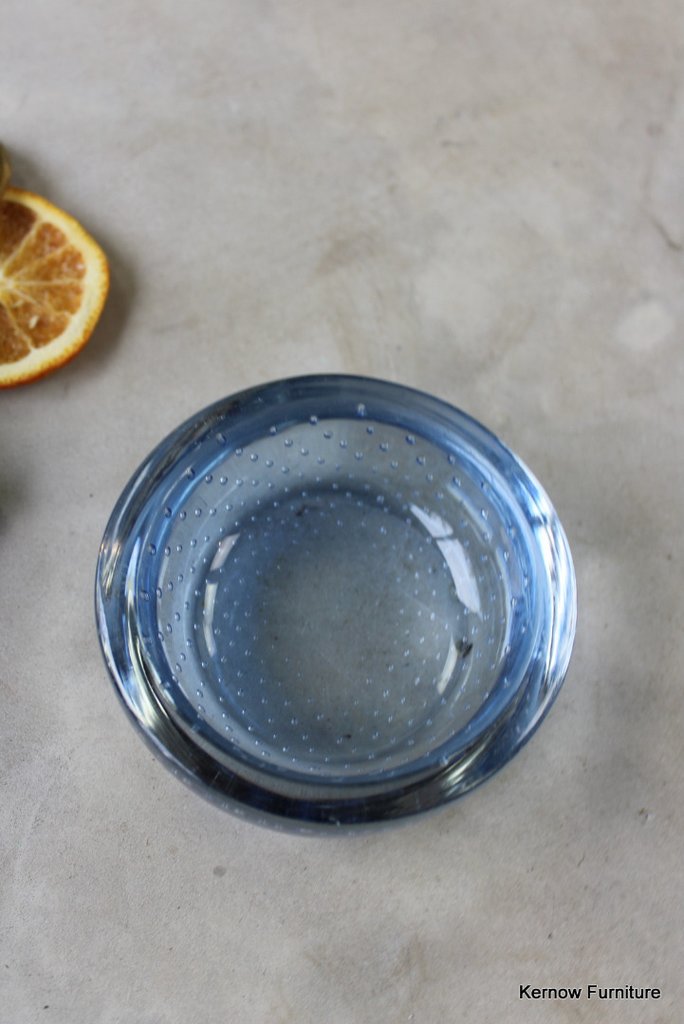 Whitefriars Glass Company was purchased by James Powell & Sons, and was situated just off Fleet Street in London. A large part of their production was originally dedicated to stained glass windows for the huge amount of churches that were built during the Victorian era.

Postwar, Whitefriars were selected as an outstanding example of modern British industry. Boosted, they began making domestic glassware in the 1960s. Whitefriars textured glass was introduced in 1967 and continued to be made until the company closed in 1980.

Some of Whitefriars most popular pieces include the Tricorn/ three side vases, Banjo vases, Drunken Bricklayer vases and Television vases.

Pressed Glass from the Sklo Union has a machine cut edge on its base, with a smooth, concave centre, known as a bird bath base. They come in many beautiful colours and original designs, drawing inspiration from Murano glass and Scandinavian glass makers.

The Sklo Union is an organistation that contained pressed glass factories such as Rosice, Hermanova, Rudolfova and Nemsova. It was created in 1965 when the Czech glass industry was reorganised.  'Sklo' is the Czech word for glass. 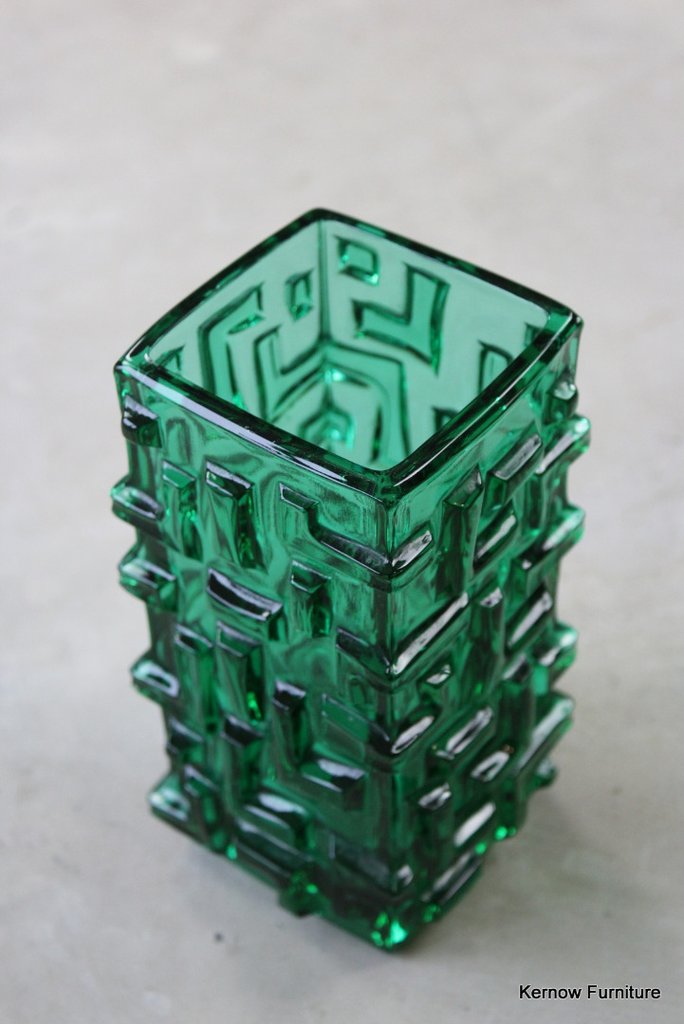 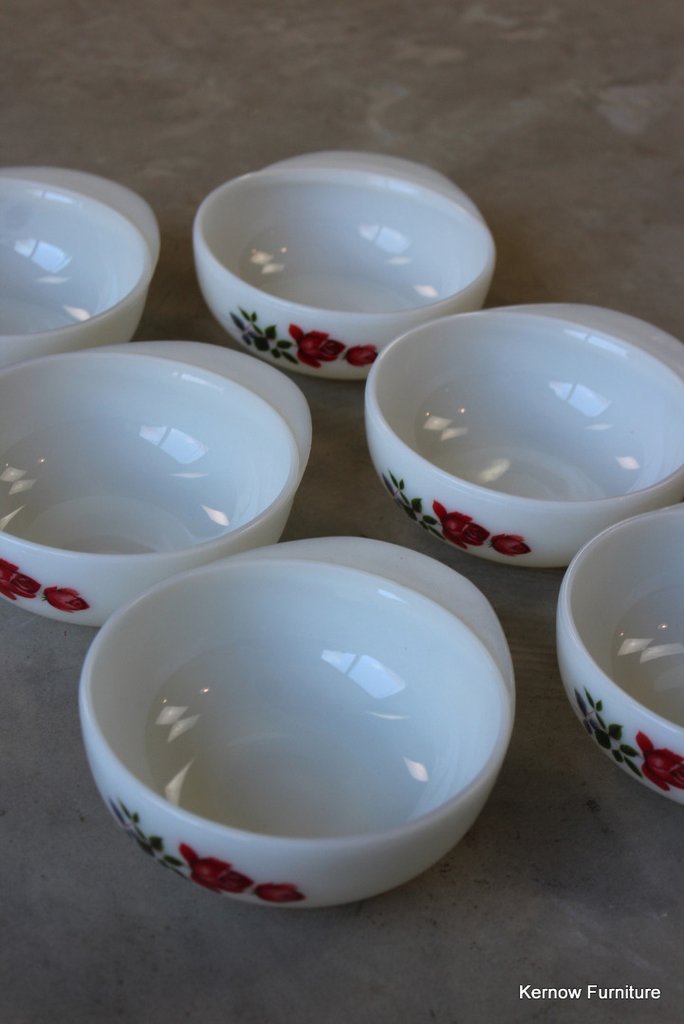 Everybody knows Pyrex. The special borosilicate glass was introduced to the public in 1915 as a clear ovenware range that could withstand high and low temperatures.

The distinctive coloured Pyrex ware is without a doubt the most popular and was brought out in 1947.  Around World War II it began being made of an even more durable soda-lime composition.

Retro kitchenware collectors will always find room for a different piece of Pyrex!

We'd love to see your antique and vintage glassware collections. Leave us a comment here or email us a photo of them. If you enjoyed this blog post, why not take a look at our other blog posts?